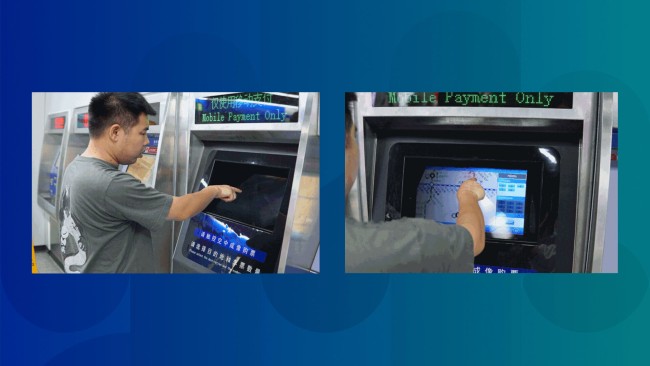 You can only see the holographic display from a certain angle. (Picture: Weibo)

A subway station in China is taking the meaning of “contactless” to a whole new level. The railway operator in Hefei, the capital of eastern province Anhui, says it has launched a holographic ticket vending machine. It’s designed to minimize the risk of coronavirus spreading through touched surfaces.

Instead of having a traditional touchscreen, the machine projects a 2D hologram inside a hollow compartment, allowing passengers to tap on virtual buttons in the air and pay by scanning their smartphones. No cash is accepted.

Hefei is also home to one of the first elevators in China to install holographic buttons during the height of the pandemic. The technology isn’t new but it has drawn renewed attention at a time of heightened hygiene awareness. The holographic elevator buttons in Hefei were made by Easpeed, the same company that supplied the technology for the holographic ticket machine.