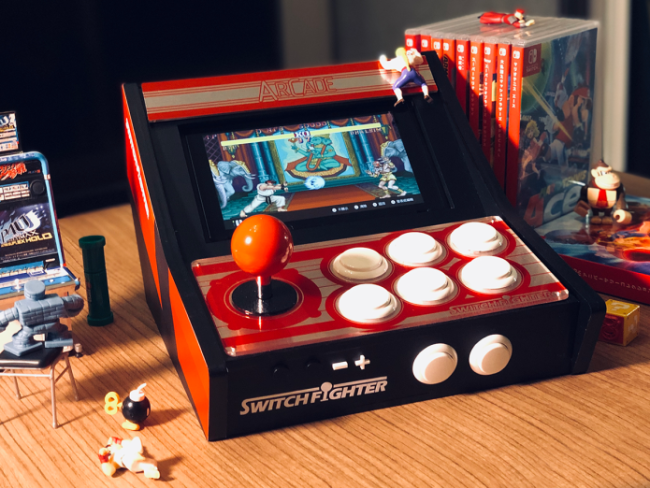 The arcades aren't as big of a draw as they used to be. But if you miss the retro feel of joysticks and big round buttons, the Switch Fighter might help.

The accessory, which transforms a regular Nintendo Switch into a mini arcade cabinet, is seeking funding on Indiegogo. For US$99, the Hong Kong-based campaign promises to ship backers the Bluetooth-connected gadget, allowing them to “properly play classics like Street Fighter or King of Fighters.” It also serves as a dock for charging and TV output, according to the project page.

There’s a lot of caveats here: The project has a flexible goal, which means it’ll collect all contributions regardless of whether their funding target is reached. Also, Nintendo has previously warned users not to buy a third-party dock for their Switch.

Topics:
Related Articles
NEWS BITES
Back
This subway in China lets you buy a ticket from a hologram
Karen Chiu
Published on 12 Jun, 2020 8:03am Coordinated Universal Time
Topics: