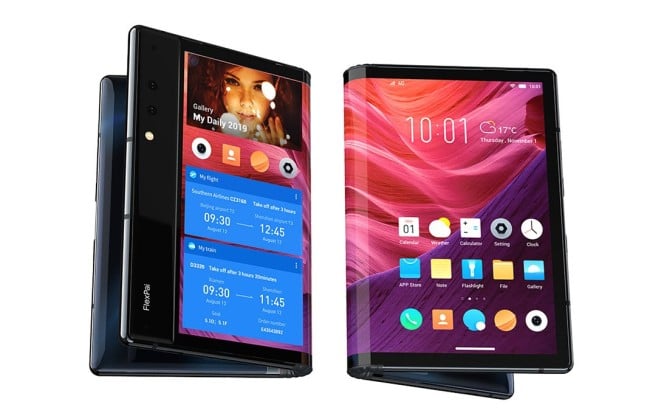 The old Royole FlexPai, launched in 2018, was criticized for buggy software and a bulky screen. (Picture: Royole)

Royole, the Chinese company that launched the first foldable phone, is back with a new and improved version of its FlexPai smartphone. CEO Bill Liu unveiled the FlexPai 2 on Tuesday, saying the second generation phone is thinner with a more robust and wearproof hinge.

The original FlexPai was unveiled in Beijing in 2018, just days before Samsung’s Galaxy Fold launch event. But the quality of the Chinese handset was widely criticized. In our own testing, we found the FlexPai was bulky and suffered from buggy software. Despite that, it swiftly sold out on Alibaba’s ecommerce site Tmall last April when it was priced at about US$1,330.

There is still no news about FlexPai 2’s price, but the launch is likely to take place next quarter. The new handset will feature a 7.8-inch screen and be powered by the latest Snapdragon 865 chip with 5G. The main selling point, though, is the third-generation Cicada Wing display. According to Royole, it’s brighter and offers better performance. During the presentation, Royole also announced a partnership with ZTE, suggesting ZTE phones might feature Royole tech in the future.

The foldable Royole FlexPai is the worst of both worlds

The world’s thinnest rollable screen is coming... to your T-shirt

The foldable Royole FlexPai is the worst of both worlds

The world’s thinnest rollable screen is coming... to your T-shirt