China will ship more smart speakers in 2020 despite coronavirus disruption

Published 3 days ago
News Bites
Get updates!
NEWS BITES
Back 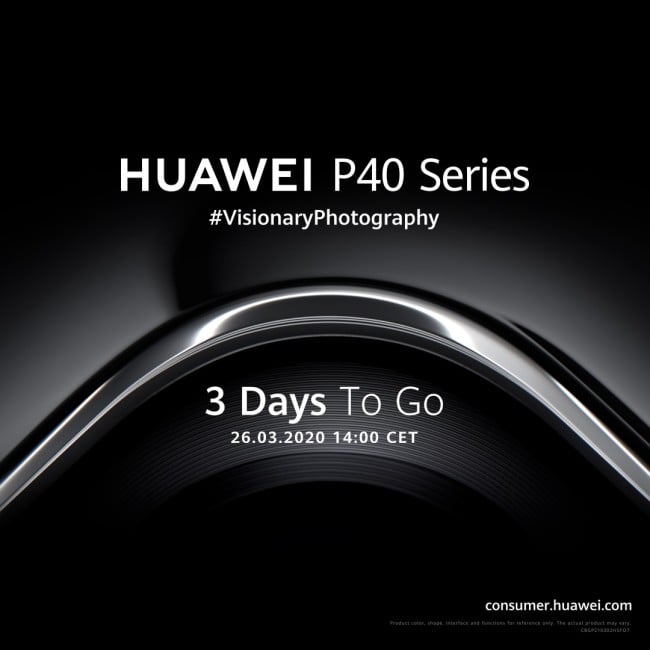 Leaks indicate that the Huawei P40’s display will be curved on all sides. (Picture: Huawei via Twitter)

The Huawei P40 countdown has begun with a launch event scheduled for March 26 at 2pm Central European Time, the company announced on Twitter. As with many other tech events this year, the Covid-19 pandemic means this event is being streamed online. It was originally going to be held in Paris.

Like other recent Huawei handsets, the P40 series will be launched without Google apps or services as the company remains blacklisted by the US. It will instead use Huawei’s own solutions. And since this is Huawei’s photography-focused line of phones, users are also expecting new and improved cameras. Details have remained scarce, but the Huawei team noted that it will “break through into a new generation of zoom capabilities.”

Leaks from last week indicate that Huawei will have three different P40 models, each with a different number of cameras. The phones are expected to be equipped with the company’s own Kirin 990 5G chip, but people have been left wondering whether it’ll come with a 120Hz display. Huawei may also launch a new series of smartwatches together with the P40 phone.

Xiaomi prepares to go after Huawei with high-end phones

Xiaomi prepares to go after Huawei with high-end phones